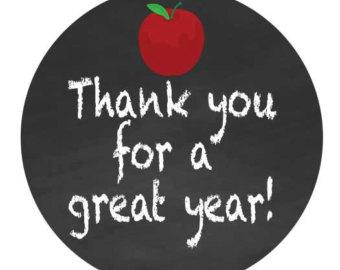 Posted:
Friday, June 22, 2018
Good afternoon Sisters and Brothers of the Plainedge Federation of Teachers,
I hope this message finds you excited and ready for the start of a long summer vacation with lots of friends and family! It's hard to believe that another school year has come and gone, but what an amazing school year it has been for the children and the teachers of Plainedge. Beyond providing the children of Plainedge with a top-notch education, the PFT has been involved in many activities and events that have made a positive impact on the community and our union. During the fall, in addition to once again raising thousands of dollars for breast cancer research by participating in the Making Strides Walk at Jones Beach, we rallied against a possible Constitutional Convention, which would have undoubtedly damaged the ability of our membership to provide for our families. Through hard work and dedication in getting to the polls, the so called "Con-Con" was soundly defeated by a whopping 83% of voters who rejected the need to waste our tax dollars on a party in Albany.
Throughout the winter, we raised awareness on the importance of being in a strong union and educated ourselves about the Janus vs. AFCME Supreme Court Case. The outcome of this case, to be decided very shortly, may damage many unions across the country by forcing them to spend resources on those workers who would choose to free ride on their colleagues instead of paying their fair share for all the benefits enjoyed by a good contract. Thankfully, the PFT membership has demonstrated, year after year, that we understand strong unions and collective bargaining are the keys to securing higher wages, quality health insurance and a secure retirement. This year we committed ourselves to a re-carding campaign and I am very happy to report that 100% of the PFT membership has pledged to remain a union member, regardless of the Supreme Court's attempt to roll back the benefits earned by working families.
As the warmer weather of spring approached, the PFT helped the Plainedge PTA continue to push the "Opt-Out" movement, which has proven to be a powerful force in reforming the toxic testing agenda imposed on public schools. Together, with the parents as our partners, the Plainedge School District once again led Nassau with some of the highest opt out rates in the County, if not the State! In addition to working with the PTA to help promote the "Opt-Out" movement, we also combined forces to hold our 6th annual Wizards basketball event that raised over ten thousand dollars for the PFT and PTA college scholarship funds. Later in the spring, at the 19th annual We Make a Difference Awards Ceremony, we rolled out the red carpet and honored over 170 well deserving students who make Plainedge a more enjoyable experience for all. It has definitely been a busy year, but I'm truly proud and honored to lead such a dedicated group of professionals whose positive impact on our society goes well beyond the classroom.
I have no doubt that next year we will continue to work just as hard improving the lives of children and advocating for public education. Along with all the difficulties of our job and charitable work, we will face many challenges that seek to take away our benefits, weaken unions, and potentially destroy public education. We will be fighting aggressive propaganda campaigns from corporately-funded institutions like the Freedom Foundation, whose main goal is to eliminate unions from the face of the Earth. Furthermore, we will continue to be subject to increased bullying from the federal government and the private school industry, which favors increased funding of private and publically subsidized charter schools over mainstream public education. It is imperative that we keep up the pressure on our elected officials to put limits on charter school numbers and increase the accountability of these schools to educate its students properly. Even with all these challenges, I'm confident that by maintaining a strong union we will continue to be victorious in our never-ending battle to protect public education from those who seek to destroy it.
On behalf of the entire PFT leadership team, I wish you a very safe, healthy, and enjoyable summer vacation. Enjoy the rest...you've earned it!! In solidarity.
Found in:
Presidents Message