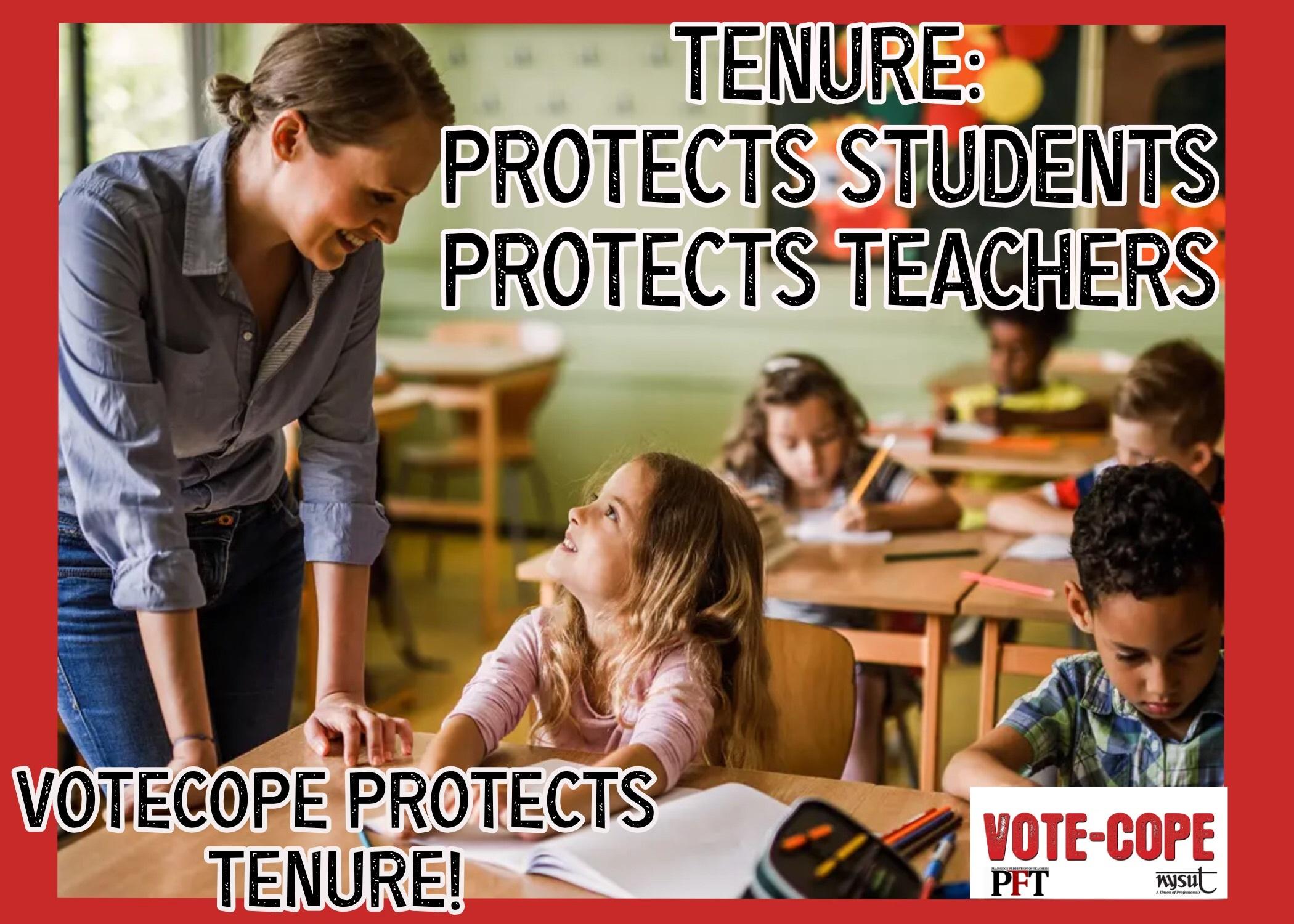 Posted:
Friday, March 11, 2022
Did you know that there are five states where teacher unions are outlawed (Texas, Georgia, North and South Carolina and Virginia)? Did you know that Wisconsin banned teacher bargaining rights in 2011? Did you know in 2012, Michigan and Indiana became the 26th and 27th Right to Work States, leaving more than half our country with weaker labor unions? Undoubtedly, there are wealthy political forces trying desperately to weaken labor unions and destroy public education as a whole. What can we do to protect our rights? Protect our jobs? Protect our health care and pensions? The answer is simple: VOTE-COPE!
VOTE-COPE is a political action group whose sole purpose is to lobby for public education and unions. It is one of the strongest and only means we have to combat the special interest groups seeking to weaken our union and damage public education. Vote-Cope stands for “Voice of Teachers in Education '' and “Committee on Public Education”. Monetary contributions to VOTE-COPE are used to endorse candidates who support labor unions and public education. VOTE-COPE does not take positions on other issues, such as religion, gun control, abortion, the death penalty, etc.
In order for VOTE-COPE to be effective at lobbying politicians to support our fellow teachers, unions, and most of all students, it requires money. NYS teachers have the responsibility to contribute to this campaign, which is fighting for our rights. Every teacher, regardless of political views, benefits from the power of VOTE-COPE. The success of our profession depends on the success of VOTE-COPE. Here in Plainedge, the ask is a mere $5 per paycheck ($100 a year). That is a small price to pay for the incredible benefits we have received as a result of VOTE-COPE.
If VOTE-COPE loses its financial backing, our state will be at risk of becoming one of the 27 other states whose labor unions and collective bargaining rights have been taken away or compromised. Our contributions have already led to some very significant and needed changes to Tiers III and IV of the NYS Teacher Retirement System (NYSTRS). When those tiers were initially created, the retirement age was 62, and members contributed 3% of their salary for their entire careers. It took several years, but VOTE-COPE was able to lower the retirement age in these tiers to 55 and stop pension contributions after 10 years. Unfortunately, on April 1, 2012, NYS established Tier VI, and members who belong to this tier cannot retire before the age of 63 without penalty. In addition, Tier VI members must contribute to their pension over their entire career, up to 6% of their annual salary. VOTE-COPE is the only chance these members have to change their future. VOTE-COPE succeeded once; and it can certainly do it again! But it requires our support!
VOTE-COPE fights to protect our pension, our health care, our tenure, and our right to collective bargaining. Every single PFT member has a vested interest to ensure VOTE-COPE is properly funded. The future of public education, our personal healthcare, and our retirement benefits depend on it. Seize the opportunity to secure your future; be a part of VOTE-COPE! Speak to any PFT leader to sign up today! 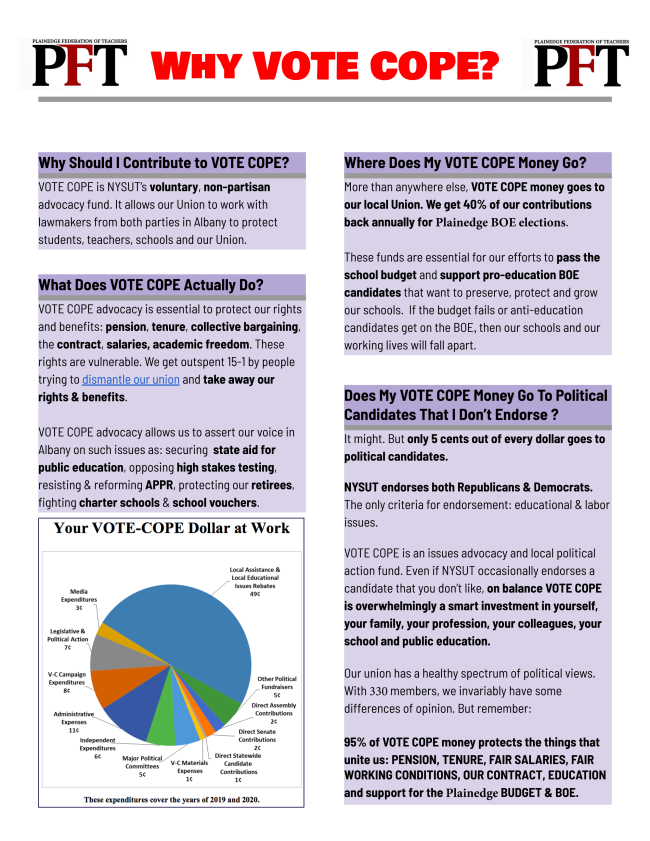